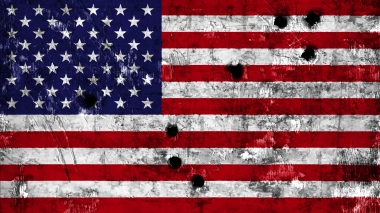 Cope or Change? (Nothing Stops a Bullet Like a Job)

What happened in Baton Rouge on July 5th, Falcon Heights on July 6th, and Dallas on July 7th will soon be part of our repressed collective memory.  It's what we do.  The terror bursts on to our screens, the knot returns to our stomachs, and then, as the ashes fall, we cope.

We dig out privately and slowly at first, but then with a practiced deliberateness, we begin to cope alongside the other survivors.  Some days, coping is all we've got in the tank.

America is at a crossroads in 2016.  Who we elect in the fall is far less important than who we think we are as a people right now.  If the bullets are ever going to stop, it will be the people that stop them.  There's no law on the books or law in the works that can fix what's happening on our streets.  Only we can stop the bullets.  The choice is ours.  Cope or change?