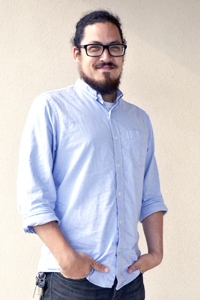 Tenure:
Board Member since 2011

Allan Wong is the Secretary of the Board of Directors of Open Door America.

Allan is an Associate Actuary at Transamerica in downtown Baltimore. In other words, he’s really good at math. From his office window in the Transamerica skyscraper, he has one of the city’s best views looking directly over Oriole Park at Camden Yards, also known as baseball heaven.

At 32, Allan is the youngest member of the board of directors and most certainly its best violinist. In fact, Allan is a very talented musician, playing in both community orchestras and “garage bands” over the years. He’s a fan of hip hop, classical and Broadway musicals -- his two favorite are The Newsies and Les Miserables.

When asked what drew him to and keeps him involved in ODA, Allan responds with some very insightful comments:

“I was initially drawn to ODA because I work in the city and I was driving through urban poverty to get to work. I felt like something needed to be done. I feel ODA is a very thoughtful organization. Instead of just trying to do anything, we’re really trying to find solutions. When I first got involved, we were still refining the process. I liked being part of that process. Right now, I feel we’ve really found the right approach for our clients.”

As a self-described “mixed-nationality person,” Allan is keenly alert to the racial dynamics of ODA’s work. Born to an American mother and a Chinese father, Allan knows what it’s like to feel like an outsider in certain groups of people. “I’ve spent a lifetime questioning who I am on a racial level, trying to blend both of my cultures, and knowing that some people will always see me as something ‘other’ than their group. This experience has led me to identify with people who are marginalized by our racial politics.”

Allan adds: “On the surface, there are lots of easy answers, but my main take is that we really don’t have a grasp on it – there’s just too much racial history in America. I don’t get a sense that race can ever be easily understood. If I read everything I could get my hands on for 10 years, I still don’t think I could ever really understand what it all means. It’s so complicated. I just feel the need to do my part by reaching out to others. I feel ODA is a special organization that is seeking to bring positive solutions to the race issue, especially as it pertains to poverty.”

Allan’s inclusive worldview and his willingness to reach across the divide to other people and groups are undoubtedly connected to his extensive travels around the globe. He has visited France, Germany, England, Luxembourg, Belgium, Netherlands, Hong Kong, China, the Philippines, Vietnam, Mexico and Canada. Still on his target list (he’s too young for a bucket list) are the continents of Africa, Australia and South America. We’re just glad he found his way to Baltimore. 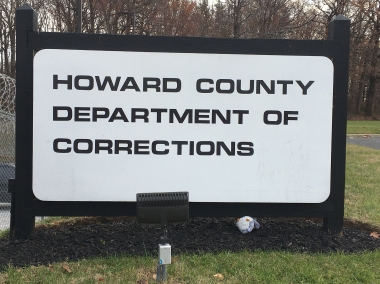 Open Door America has received a major grant from the State of Maryland to help fund a prisoner reentry partnership with the Howard County Department of Corrections.  Since summer 2019, ODA has been working "behind the walls" with HCDC staff to identify the 20 best-suited candidates for this groundbreaking reentry project.