Getting It: Challenging Ourselves for the Greater Good in 2017

To tell the truth, we've had a run of bad luck lately with a handful of employers and workforce partners that just don't get it.  When is everyone going to learn that we're all in this together?  But, that's a story for another day.  So . . .

. . . when we run across a visionary CEO like Jeffrey Brown of Brown's Super Stores of Westville, NJ (ShopRite and Fresh Grocer), we just have to pass it on.  We think you're going to like this story so much . . . you will pass it on.

Better yet, if you live in the Delaware Valley or greater Philadelphia area, we encourage you to make it a point to support Mr. Brown's stores with your commerce and word of mouth.  He definitely gets it!  And America is better for it. 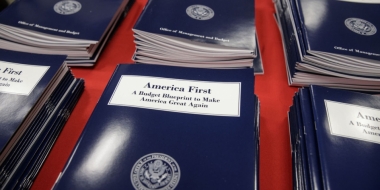 Word that Washington is making plans to slash the funding of a critical pro-manufacturing and pro-worker public-private partnership at a time when the nation is spending $1 trillion a year on public assistance, has 47 million people living in poverty, and leads the world in incarceration makes no sense whatsoever.  We are calling on the friends and supporters of Open Door America to speak up and make a difference.  Now is the time to contact your Senator and Representative in support of the Manufacturing Extension Partnership (MEP).  If you live and vote in Maryland, contact Governor Larry Hogan and encourage him to use his influence to protect this vital pro-Maryland program.  We thank you!